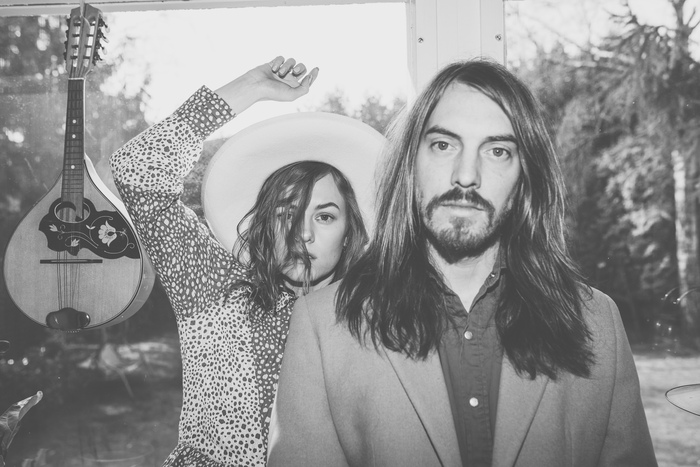 Wolf & Moon are a duo of modern day storytelling nomads. Their music lives of the dichotomy of their voices and marries dreamy indie folk with electronic elements.

To create their second album "Follow The Signs" (out 11/20/2020), they reunited with producer John Andersson, which chemistry between the three of them can be heard and felt in every note. The record is a dreamy amalgamation of melancholic and folky guitar layers accentuated by an effective selection of synths, Stefany and Dennis show off an incredible range of moods, from sad to hopeful, from erie to uplifting. There are songs you could imagine listening to in a bar in Nashville, while cruising down Highway One through California in a Caddy convertible, while sitting on the porch of your trailer in the Nevada desert or jumping down a waterfall in the Amazon jungle.  Making the best of any situation, not limiting yourself by tradition and other people's ideas for your life, being adventurous – those are central lyrical themes. Wolf & Moon’s voices seem to have been made for each other, their ear for harmonies remains a forte, and they've never been more adept at using their voices to convey emotions: fragile but not shaky, vulnerable but not weak, powerful but never camp. It's a philosophy, an approach to life, whatever you want to call it, which is best summed up on “The Road”: “How would you know really what you got, if you never let go?”