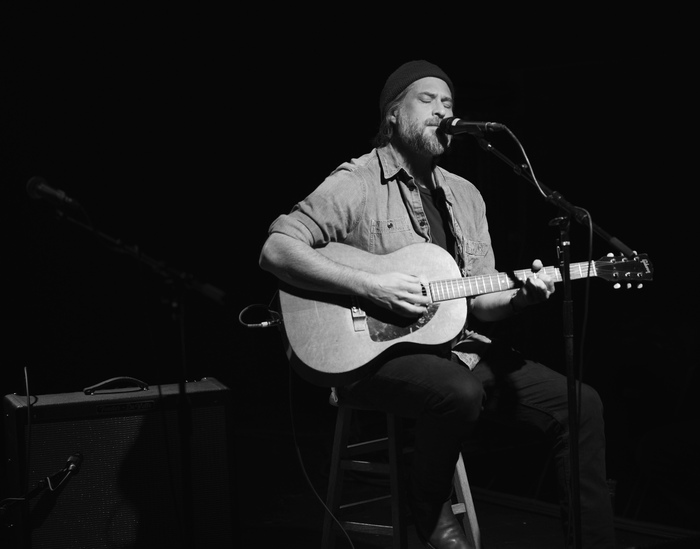 Jonathan was born in Brooklyn, New York, in 1970, to Bermudian parents. Consequently, he jockeyed back and forth from the gritty streets of New York, to the sublime ocean-country of Bermuda, which explains some of the duality of his songwriting perspective.

His father, Michael K. Frith, worked with Jim Henson and The Muppets as head of Art and Design, creating Miss Piggy and Fraggle Rock, among other characters.  By age 5, Jonathan was literally living in the unparalleled universe of the Muppets, an influence that cannot be under-estimated both creatively and musically. Surrounded by Puppeteers, puppet-builders, writers, singers, artists, actors, and the over-arching presence of ground-breaking creative genius, Jonathan couldn’t help but be absorbed into the creative spirit. He started writing songs at age 13, and was soon recording and playing to living room audiences

Originally intending to become a Political Cartoonist, Jonathan ultimately earned a BFA in film and video from the Rhode Island School of Design in 1993, incorporating his love of visuals, music and writing. He is the author of over 30 short stories (some award-winning), several volumes of poetry, and “The Wazoo Bowl”, a novel for children.

“Sister Blue” is Jonathan’s 4th studio album. Recorded with esteemed producer, Ian Hatton (of Bonham fame), it is a gorgeous dive into what has become Jonathan’s own version of Americana. It is dreamy and raw all at once; Gritty Brooklyn meeting sensual Bermuda turned out to be the perfect blend! His vocals draw you in to songs that are both intimate and timeless, with echoes of Crosby Stills and Nash. Every song is a winner, and as the last song finishes you just want to start it all over again, going deeper with each listen.