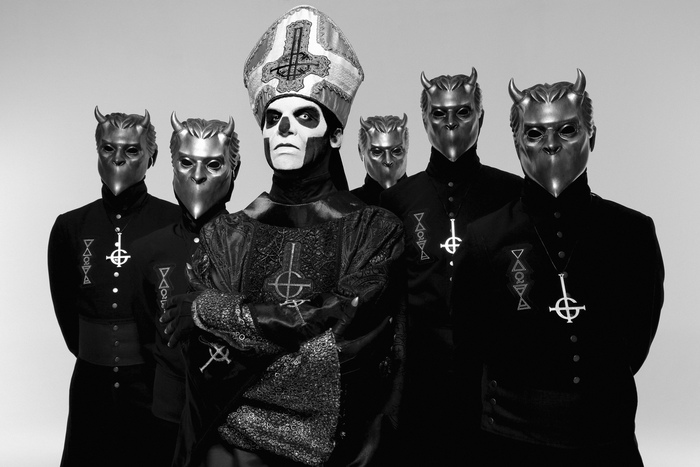 Ghost are a Grammy® Award-winning rock band from Linköping, Sweden. The band’s critically acclaimed third full length, Meliora and its accompanying EP Popestar, elevated the Swedish rock band into the pantheon of rock greats and resulted in a Grammy Award for ‘Best Metal Performance’.

Meliora debuted at No. 1 at Independent Retail, No. 2 at Rock, and in the Top 10 on Billboard's Top 200 Album Chart, selling over a quarter million copies globally. Popestar debuted at the No. 1 position on Billboard's Top Rock Albums Chart. Fans have come along for the ride for years, not knowing for certain who was behind the anonymous band… that is, until Tobias Forge revealed himself as the man behind Ghost in August of 2017. Ghost released their critically acclaimed fourth studio album Prequelle on June 1, 2018 on Loma Vista Recordings. Previous Ghost albums have dealt with broad themes like impending doom (Opus Eponymous - 2010), the antichrist and the Inquisition (Infestissumam - 2013), humanism and avarice (Meliora - 2015). Prequelle delves into the plague, the apocalypse, and dark ages.